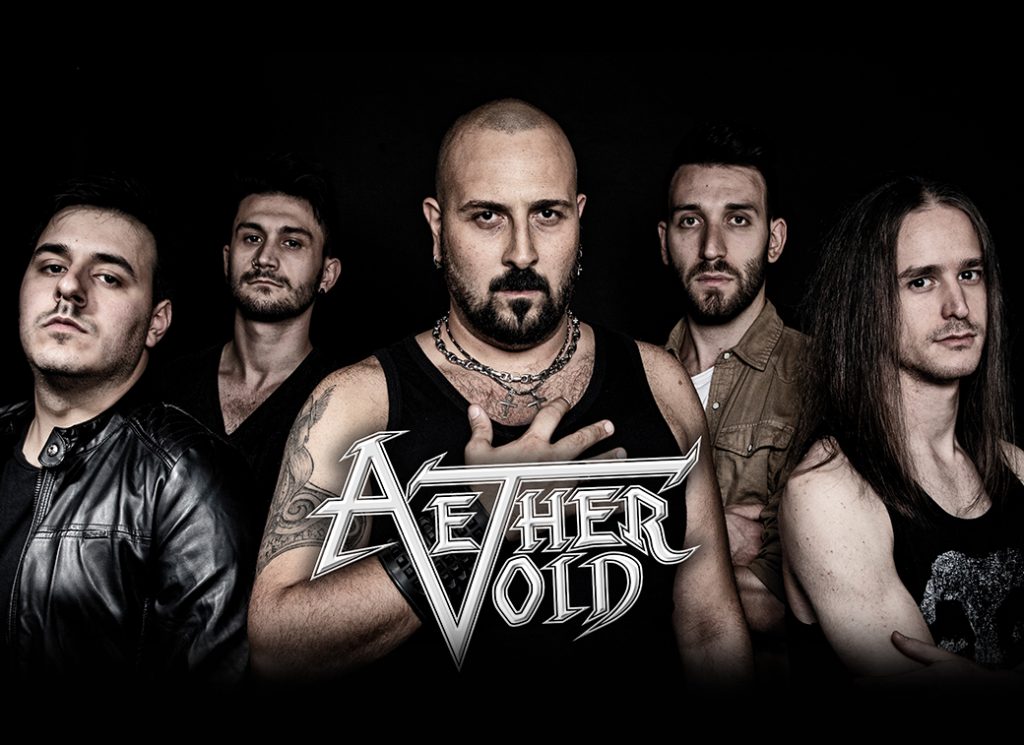 Aether Void is an Italian heavy metal band formed in Modena (IT) in November 2017 from the ashes of “No Way Out”, which split up after releasing an EP and a Single. Three of the former members, Alberto Lugari (Drums), Davide Brusini (Bass) and Erik Marzocchini (Guitar) decided to continue playing and composing together, so they built up a new musical project. The line up was completed some months later, when two new members joined the group: Salvatore “Thore” De Matteo, vocals (ex Savior From Anger and ex Gorgeous) and Nicolò Bondioli, lead guitar (ex Demolition Saint and Blood Of Seklusion). The new line up soon began composing and recording new stuff under the name “Aether Void”.

The sound of the new songs was more powerful and aggressive, with influences from both classic and modern heavy metal (Iron Maiden, Judas Priest, Iced Earth…). In October 2018 Aether Void completed the recording of their first studio album “Curse Of Life” at Art Distillery Studios in Modena. The album was released on march 29th 2019 via Revalve Records.