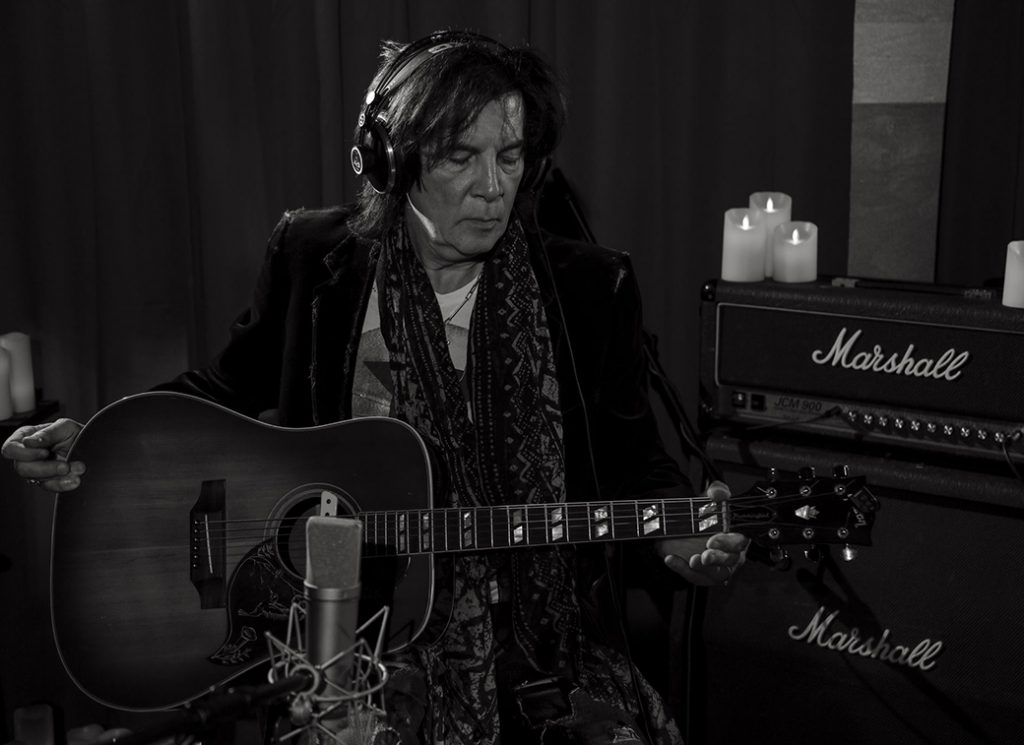 Maurizio Solieri is an Italian guitarist known for his long collaboration with the band of Vasco Rossi, with the Steve Rogers Band, with Custodie Cautelari and Banco del Mutuo Soccorso.

Self-taught artist, the music genre he loves the most is rock. He has a great passion for Elvis Presley, The Beatles, The Rolling Stones, Jimi Hendrix and Led Zeppelin. He is also initially interested in jazz, but his love for rock’n’ roll is stronger.
During his career, Solieri has actively participated as a musician, author, producer and composer on lot of Italian artists’ albums (Alberto Fortis, Nomadi, Massimo Riva, Fabrizio Venturi) and attended musical events such as “Notte delle Chitarre”. Solieri continues to play and collaborate with artists like Custodie Cautelari and I Nomadi. He published his teaching methods and two solo albums, “Volume I” and “Non Si Muore Mai”. Since 2015, he has replaced the historic guitarist and trumpet player of Banco del Mutuo Soccorso.