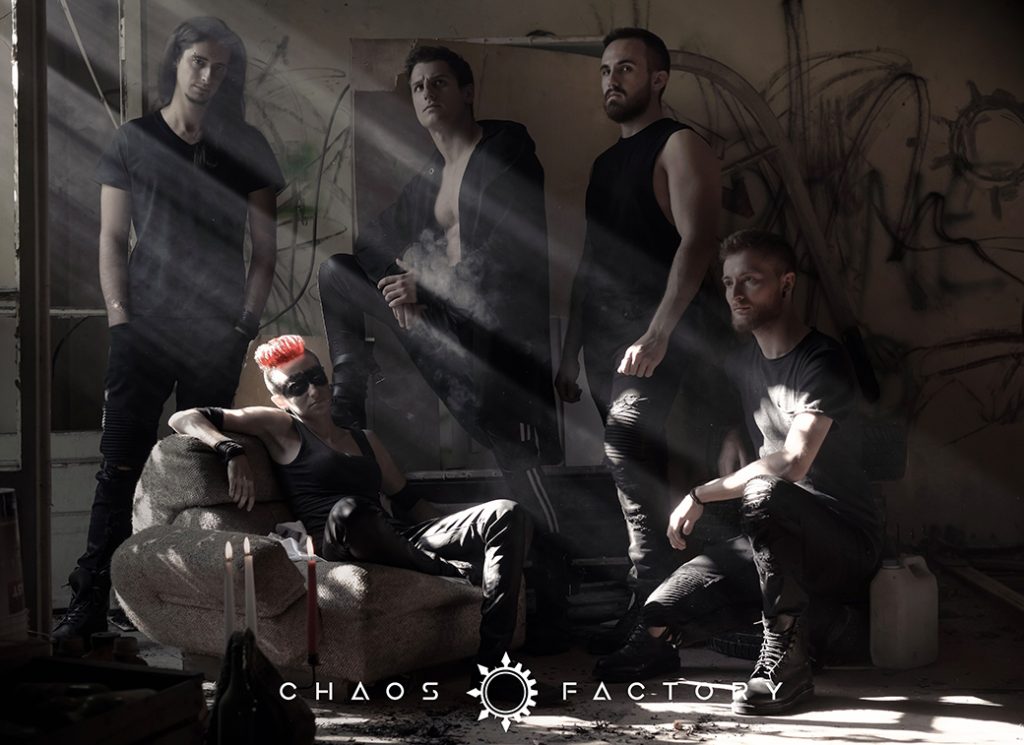 We are Chaos Factory, a band of Italian origin and our purpose is to convey emotions. The music we create comes from the need to express ourselves, which pushes us to communicate through different musical genres: from heavy metal to power metal, from soundtracks to pop-hard rock and electronic music.

Horizon, more than an album, is a story where human being is the main character represented in its various aspects. The concept is developed in a way that the theme evolves together with the musical genre, thus trying to transport the listener on a journey between perception and myth, between concreteness and abstraction. What is fundamental for us is to be able to get in touch with the listeners, because it is thanks to you and your personal interpretation that our project comes to life in a mutual exchange of emotions.

To realize the project we had the opportunity to collaborate with great artists such as: the famous Italian voice actor Luca Ward (the voice of Massimo Decimo Meridio in Gladiator, Neo in Matrix, Samuel L. Jackson in Pulp Fiction etc.), children’s choir “Piccole Colonne”, the pianist Enrico Gerola, the producers of electronic music Neexnova, the photographer-designer Stefano “Essequadro Alloero, the videomaker Matteo Sabbadin and the model Sergeant_Ice. The sound engineers who followed the project are: Marco Ober (Artifact Studio) for recording and mixing; Giovanni Versari (La Maestà Studio) for the mastering (curator of the master of artists such as Muse).