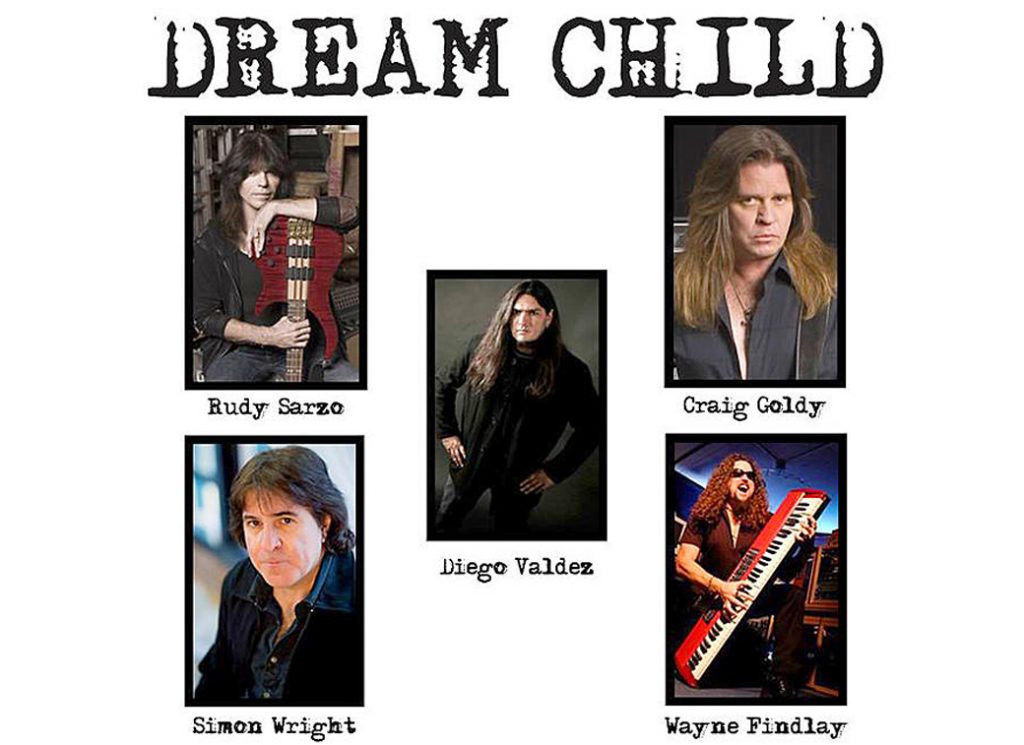 Dream Child is a brand new band featuring former members of Dio, AC/DC and Quiet Riot. The band was conceived during a brainstorming session with Frontiers’ president Serafino Perugino: guitarist Craig Goldy joined his forces with bassist Rudy Sarzo, drummer Simon Wright, keyboardist Wayne Findlay and singer Diego Valdez. Their name is inspired by Ronnie James Dio’s lyrics on the “Dream Evil” album, whereas their moniker is the one Dio gave to Goldy at the time.

The band is currently working on its debut album, for which Italian producer Alessandro Del Vecchio was enlisted. Del Vecchio has achieved a new and aggressive sound to Dream Child’s songs that do not have a release date yet.