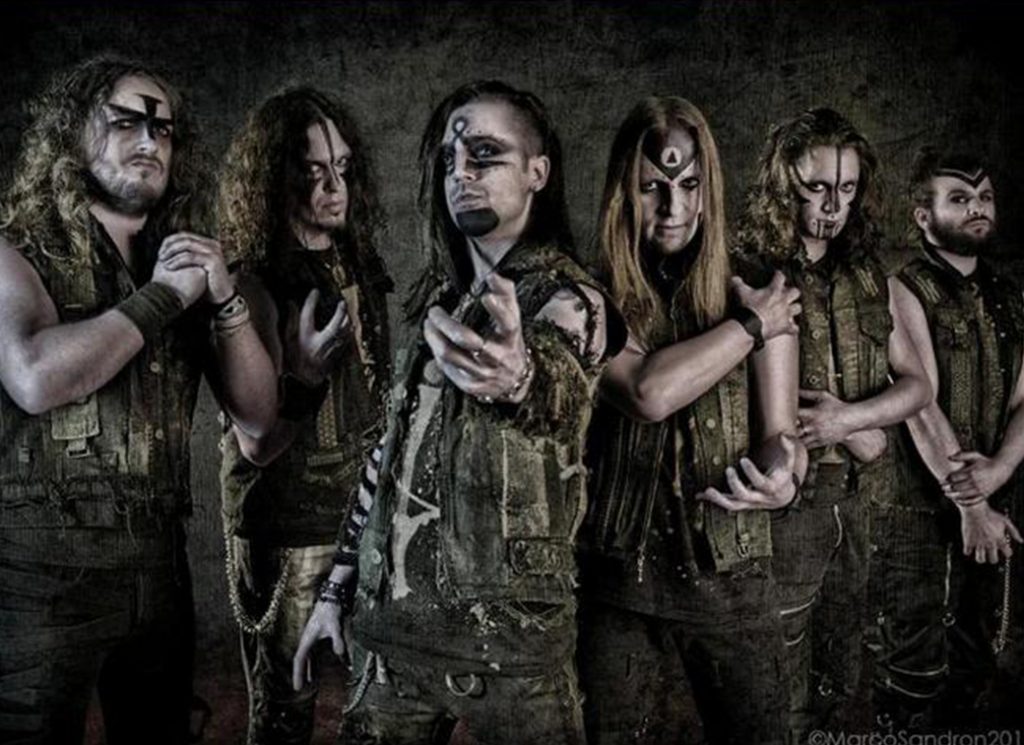 Elvenking is an italian power metal band founded in 1997 by the vocalist Damna. They signed their first record deal with AFM at a very young age in 2000. Since then, Elvenking have toured the world and released nine albums including the latest one is titled “Secrets Of The Magick Grimoire”. This time, the band was joined in the studio by Snowy Shaw (Dream Evil, King Diamond, Memento Mori) and by Angus Norder (Witchery and Nekrokraft) who appear as guests.‘Secrets Of The Magick Grimoire’ was mixed and mastered by Simone Mularoni (DGM). Currenlty Elvenking band members include Damna as vocals, Aydan and Rafahel on guitars, Jakob on bass, Lethien on violin and Lancs on drums.