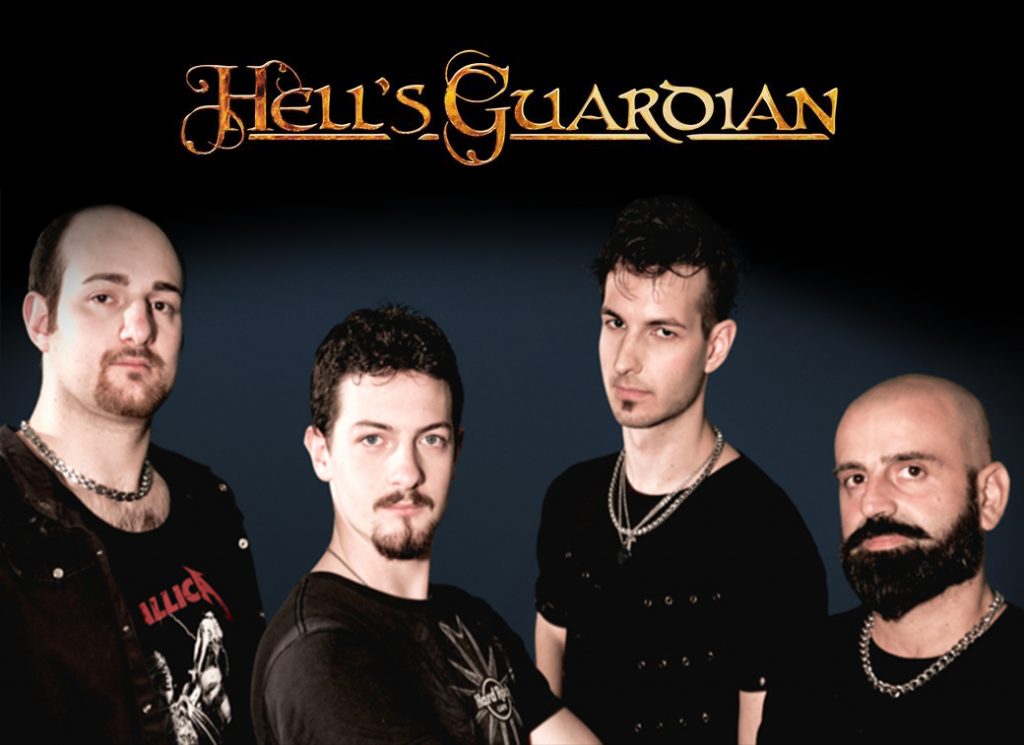 Hell’s Guardian was born in 2009 from the idea of Freddie Formis (drums) and Dylan Formis (guitar). Line up features also Cesare Damiolini (rhythm guitar and growl vocals) and Claudio Cor (bass guitar). The band released their debut album “Follow Your Fate” in 2014. In July 2015 Hell’s Guardian released a new EP called “Ex Adversis Resurgo”. Hell’s Guardian has shared the stage with huge names: Amorphis, Children Of Bodon, Sabaton among others.

The band already toured Europe, with many live shows and an Eastern European tour supporting Temperance during their “Metal Invasion Tour”. At the end of the 2017 Hell’s Guardian started the recording of the new studio album “As Above, So Below” with Fabrizio Romani, then mixed and mastered at “The Groove Factory Studio” by Michele Guaitoli.