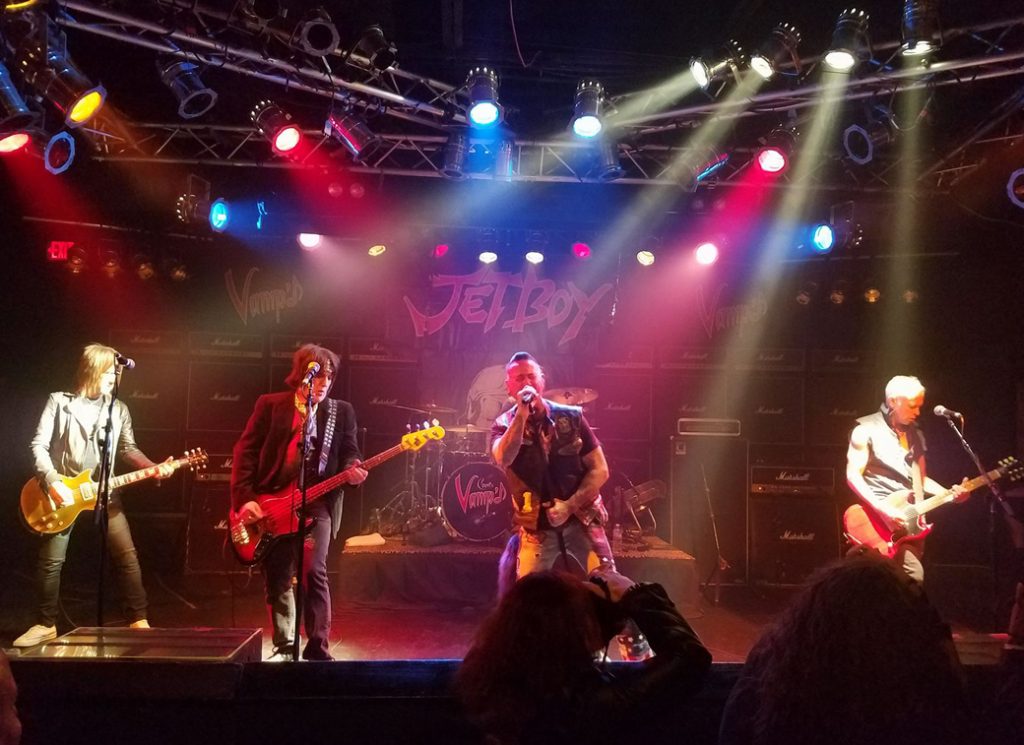 Long recognized as one of the perfectors of glam music, Jetboy was one of a handful of acts that got the attention of music fans and record executives alike. They debuted in 1988 with the sleaze/hard rock album “Feel The Shake” and after the release of the second album “Damned Nation” (1990) they split.

Having been absent from the studio for some 20 years, Jetboy recorded and toured the EP “Off Your Rocker”. Nowadays they are still bringing a party atmosphere to rock ‘n’ roll music and continuing gaining popularity..