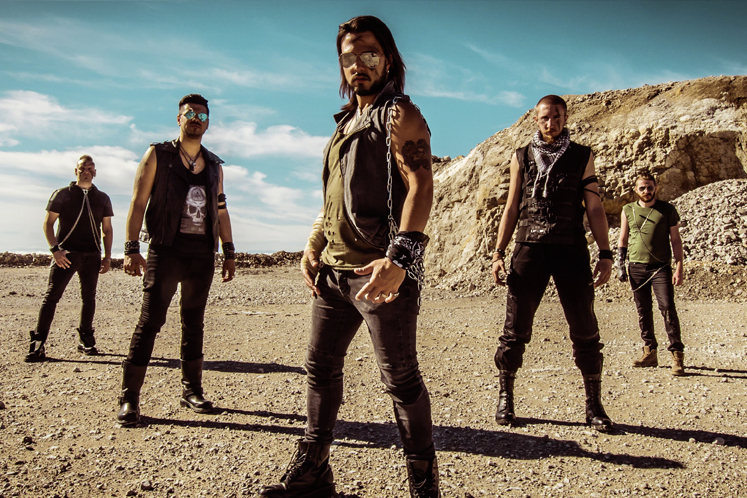 LionSoul were born in 2009 by an idea of the guitarist Aurelio Parise after the dissolution of his first musical project. Their sound is built on european style power metal with some classical heavy and hard rock influences.

In 2011 the newly formed band starts to rehearse some songs written in the two previous years but it is only in late 2012 that the line-up is completed. After the first live appearances and an intense period of composition LionSoul start to record the songs included in their first album “Omega” released in December 2013, a twelve tracks full length based on the Greek history and mythology, getting very good reviews from the national and international press. In 2014 the band plays some promotional gigs in support of the album, also recording a show, beginning to capture the attention of the underground metal scene. The following release comes out in March 2015, it’s an EP called “The Throne” digitally distributed through the official website, the work contains 5 songs: an brand new one based on the story of the Egyptian queen Hatshepsut, an acoustic version of “A new horizon” and 3 live tracks taken from the show recorded in the previous months. 2015 is also the year in which the band take its first steps on important stages such as the Metal For Emergency Festival with Domine, Iron Savior and GammaRay or Biker Fest in Cologno al Serio (BG) with Kissin’ Dynamite with an excellent feedback from the audience. A few months to complete the new songs and in April 2016 the “Lions” entered the studio to record the successor of Omega under the production of the Italian melodic metal master Alessandro del Vecchio.

The band also resumes live activities with various shows among which one at Live Music Club in Milan, theater of the biggest  metal events in Italy.