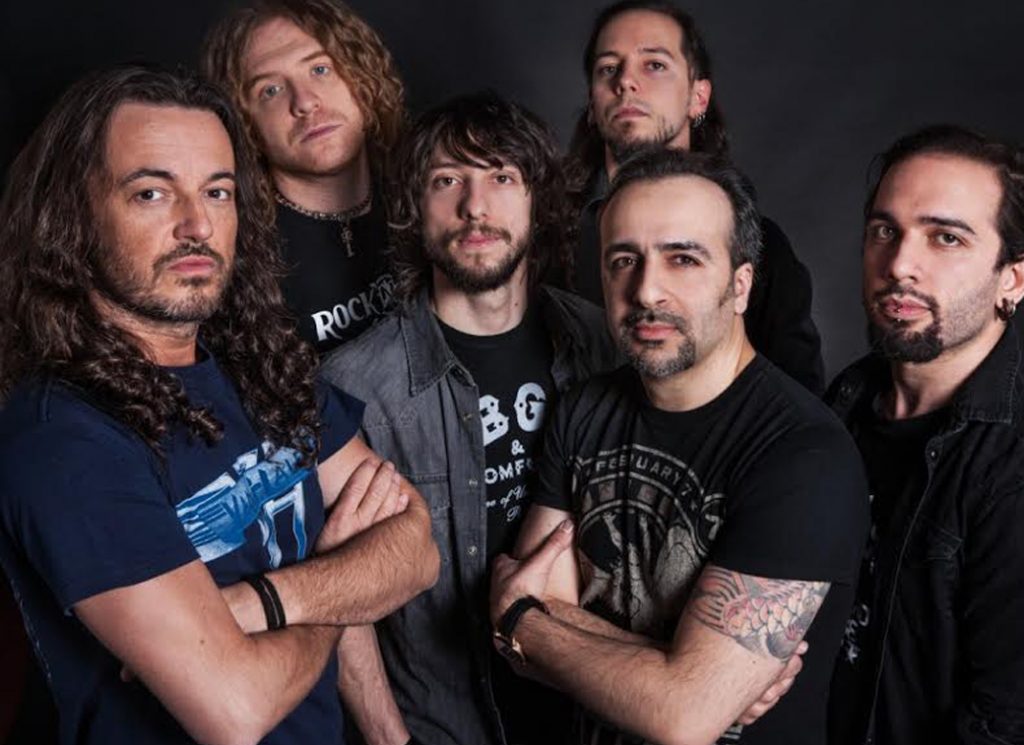 Secret Sphere is an Italian Power/Progressive metal band born in 1997 as the brainchild of guitarist Aldo Lonobile. Honouring the heritage of big names like Helloween, Angra, Dream Theater and Savatage while creating its very own brand of symphonic power metal, Secret Sphere has today released 8 albums. The first demo, “Between Story and Legend”, was firmly in the symphonic power metal genre that was expanding in Italy at that time. The demo caught the attention of Italian Elevate Records that signed the band to a two-album deal. “Mistress of the Shadowlight” and “A Time Never Come” reach excellent reviews and high rankings in international metal press.

The band concentrates on touring all over Europe and its tendency to include majestic and orchestral elements, as well as aggressive parts, in its full-lenght albums leads to successful concerts at well-known festivals including Metal Dayz, ProgPower UK, ProgPower USA and Evolution Fest and as followers of the legends of German power metal Gamma Ray and supporting King Diamond.

Signed to Nuclear Blast, Secret Sphere starts focusing less on fantasy themes and more on romantic and sexual themes. “Scent of Human Desire” and “Heart & Anger” anticipate the release of a concept related to the world of Tim Burton called “Sweet Blood Theory”. The band shows an unusual aggressiveness for a power metal band that keeps its unmistakeable style in composing catchy melodies. Secret Sphere finds its unique sound and, with a fresh new line-up, tries to head to new horizons. Michele Luppi (ex-Vision Divine, Killing Touch) gives new life and emotions to the band and new goals are reached.