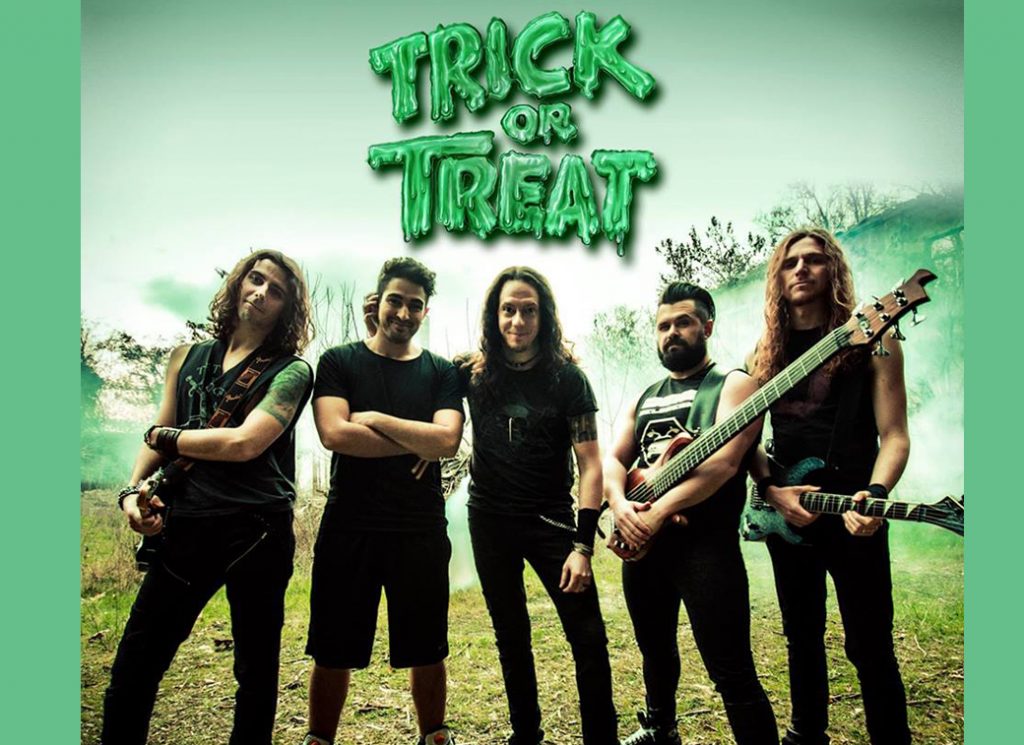 Trick Or Treat is an Italian power metal band formed back in Modena in 2002 by lead guitarist Luca Cabri. The band was initially performing as an Helloween tribute band. They achieved popularity quickly and they released their debut album “Evil Needs Candy Too” in 2006. In 2009 Trick Or Treat gave birth to their second LP featuring Michael Kiske (Helloween, Place Vendome) and Michele Luppi (Secret Sphere, Whitesnake). In 2012 they released “Rabbits’ Hill, Pt. 1” a concept album inspired by  the novel of Richard Adams “Wathersip down”; “Rabbit’s Hill, Pt. 2” arrived in 2016. In October 2014 Luca Cabri leave the band due to personal reason and he was replaced by Luca Venturelli.

Most recently the band released a cartoon themes cover record titled “Re-Animated”; it was supported by a crowdfunding compaign.